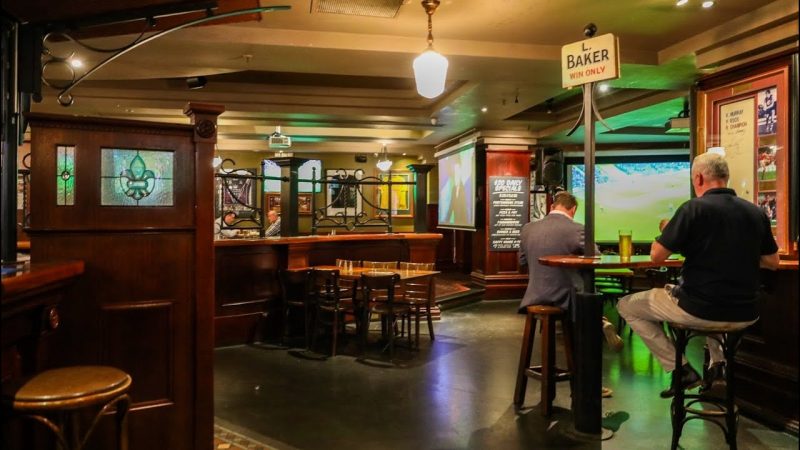 With a major college (Illinois State University) right next door in Normal, Illinois, it would be a safe guess that Bloomington has several bars.

Bloomington, Illinois, and Normal are neighboring cities. Since Normal is home to Illinois State University, the area has a wide selection of bars and restaurants. That means if you live in the area, are going to college there, or just plan to visit, you have many options for food, beverage, and fun.

Daddios has a focus on fun and entertainment. They feature a dance floor and a good variety of live music. Daddios is purely a weekend place, though. They are open only Thursday, Friday, and Saturday nights.

Thursday nights feature a DJ and drink specials (while subject to change in August 2010 the special is $1.00 drink/shot). Friday and Saturday nights Daddios has live bands. The styles are all over the spectrum from hip hop to tribute bands, punk rock, and heavy metal.

If martinis are your drink of choice, The Loft will probably be your preferred bar in Bloomington, Illinois. The Loft has been strategically positioned as a trendy martini bar, and offers a wide variety of the drink. Of course, you can get other types of spirits there, too.

The building that houses The Loft was the main firehouse in the Bloomington area and the upstairs was consider by the firefighters to be their hayloft of R and R. That is the origin of the name, but the club used to be called “Bogies Firehouse.” The Loft is strictly weekends, open Thursday, Friday and Saturday nights.

Live music is the main focus of Coconut Louie’s. They feature bands on Fridays and Saturdays and open mic nights on Mondays. In addition, they offer various drink specials throughout the week. For food, Coconut Louie’s sells pizzas from the nearby Eastside Cafe and Mugsy’s Pub delivers to Coconut Louie’s at no charge.

Coconut Louie’s offers a wide range of music. One night a metal band could be ruling the stage and the next evening’s entertainment could be a featured acoustic night. They feature punk rock, hard rock, cover bands, and original bands. Decades ranging from the 1960s to modern music are featured at times on Coconut Louie’s stage.

Mugsy’s Pub offers a wide range of pub food in addition to beer, wine, cocktails, and other beverages. The theme is fun times and pub casual. Mugsy’s sponsor’s sports teams, including dart leagues.

Mugsy’s Pub’s biggest claim to fame is their food. They’ve got a whole series of burgers called “Muggers” that include the Texas Mugger, Mushroom and Swiss, and Tree Hugger. In addition, they have wings specials a couple of days a week.

Gill Street Sports Bar and Restaurant puts the emphasis on sports in terms of the entertainment offerings. In the summer you can even sit outside and watch volleyball games. They also have live entertainment on various nights. Friday and Saturday nights frequently feature live music, and there’s a wide variety of styles.

In terms of food, Gill Street Sports Bar and Restaurant serves up a wide variety of pizzas including BBQ Chicken, Meat Lovers, and Vegetarian. Sandwiches like Fried Walleye, Chicken Cordon Bleu, and Beef Brisket can be had. In addition, they have several full dinners including different-sized orders of prime rib.

Whether the intent is a nice dinner and some drinks or sipping a few beers and watching the game, Bloomington bars are likely to have you covered. Sure, Normal is right next door, but there are plenty of offerings right in Bloomington, Illinois itself.