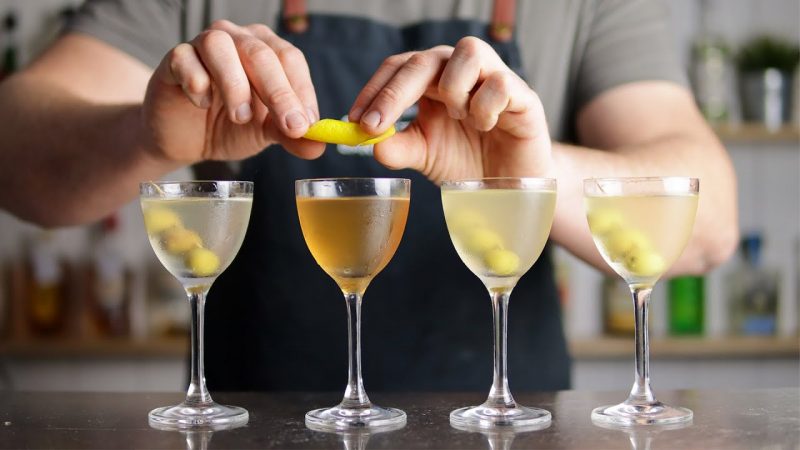 An overview of some of Chicago’s premier establishments offering great martinis, great service, and great surroundings.

For those planning a get-together with friends over a drink or a brief end-of-work business meeting, finding a bar that ticks all the boxes of excellent martini, good service, and great atmosphere can be a challenge in Chicago as this city, like its siblings both here and abroad, seems to be littered with “cocktails bars” characterized by over-priced hooch, sloppy service and a woeful lack of ambiance. The martini aficionado should not fret too much, though, as Chicago still has some stand-out bars where the service, the surroundings, and the classic martini still reign.

The Palm Court and Coq D’Or at the Drake Hotel

The Drake Hotel anchors the north end of the Magnificent Mile and features two prime cocktail spots. The Palm Court, situated up a half-staircase from reception, evokes the mood of a grand European salon and has ample, chaired seating (stay to the right of the entryway and avoid the actual bar unless you like to sit in a somewhat cramped corner). Service is as crisp as the waiters’ formal uniforms and the martinis here are chilled to perfection.

Located on the ground level of the Drake to the right of the main entrance is the Coq d’Or, which has the sophisticated feel of an English gentleman’s club. You will find no stuffiness here, though; instead, it’s professional, formal service and martinis done properly. On certain nights there is even live music on offer, but note that the layout of the bar in the form of a “T” can make viewing the band difficult depending on where one decides to settle.

Located next door to its sister establishment Hugo’s Frog Bar in the Gold Coast area, the bar at Gibson’s manages to marry savvy cocktail-making with an upscale sports bar feel (think the 19th Hole of a nice golf club). This place is as popular for martinis as it is beer and food, so bellying up to the bar can be a challenge depending on the time of day, but it remains an experience worth the effort. Try to snag a window-side table for people watching in this trendy Chicago neighborhood as the formally attired barman constructs your martini.

Lobby Bar at The Palmer House

While the service and martini at the Palmer House’s lobby bar are solid, the real draw is the setting. Unwinding with a drink here allows one to savor the opulent interior of one of America’s great hotels. And thanks to a recent $140 million renovation, one can see why hotelier Conrad Hilton considered this property one of the crown jewels of his empire.

Smith & Wollensky’s on the Chicago River

Standing in the shadow of Marina City on the Chicago River a stone’s throw outside of the Loop, Smith & Wollensky’s might draw most folks for a steak but its small bar area to the left of the entrance is a great spot for a good martini served by very capable bar staff. A small window in the back of the bar affords a peek at the river, a relaxing image made more so by live piano music on Friday and Saturday nights. Oh yes, the martinis are done well and the staff is uber professional.