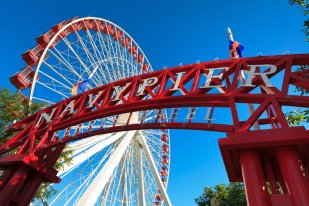 For the different Chicago airports, you can make use of the Chicago airport system. With this, you can easily be able to determine the real-time updates on the different flights arriving and departing from the Chicago O’Hare Airport. With this, you do not need to constantly call the airport information in order to check on updates. The following link is very helpful in checking the arrival and departure status of the flight that you are looking for: here.

Furthermore, the Chicago airport weather is most often a factor where departing and arriving flights are based. The weather condition of the whole of Chicago can be monitored with the help of the National Weather Service; it provides the passengers with a detailed 7-day forecast, current conditions, radar and satellite images, detailed point forecast, national digital forecast database, as well as additional forecasts and information forecast discussions, printable forecast, hazardous weather, non-technical forecast discussion, air quality forecasts, text-only forecast, regional weather conditions, and past weather information. You can find more information on the weather forecasts here.

There are many different numbers of ways in order for you to be able to reach the airport just like the Chicago ORD airport. There are actually many different accessible areas for ground transportation which are located around 17 miles northwest of Chicago; Chicago airport transportation includes Airport Transit System, Chicago airport shuttle, taxi cabs, and Chicago airport car rental. For the different Chicago airport shuttles, you can choose from three different companies including Coach USA Wisconsin which charges $13.00 for one way fare and $23 for a round trip fare; Continental Airport Express which charges $25.00 for baggage transfers; and Omega Airport Shuttle which charges $16.00 for one way fare. On the other hand, the Airport Transit System (ATS) is very much available for passengers who are on their way to the airport; this is transportation is known to be the most economical, most convenient, and quickest way to reach the airport. The ATS is a 24-hour rail system which offers free service.

Hotels near Chicago airport are also increasing in number right now. Chicago airport hotels include the following: Chicago Hillside Hotel for $76/night, Holiday Inn Chicago O’Hare Airport for $99 to $299/night, Quality Inn O’Hare Airport for $55 to $110/night, Candlewood Suites O’Hare for $75 to $135/night, Crowne Plaza Chicago O’Hare for $149/night, Hilton Chicago O’Hare for $125/night, Holiday Inn Elk Grove Village for $117 to $142, Holiday Inn Elmhurst for $80 to $209, Holiday Inn Express and Suites Midway Airport for $149 to $199, and many more. Chicago airport restaurants are also very much available like the Asian Express, China Express, China Star, Golden River, and House of Szechuan for passengers who are looking for Chinese food; Bogarts’s Bar and Grill, O’H Restaurant, Buona, Denny’s, and Egg Harbor Café for those who are looking for American food; Café Zalute, Carlucci, Giannotti Italian Steakhouse, Harry Caray’s Restaurant and Bar, and Caponies Trattoria for passengers who would like to enjoy Italian dining; and many more.
Chicago City Guide