This guide presents several of Chicago’s major neighborhoods within the inner city. While there are no official boundaries for the neighborhoods that we know of, these are the relative locations of the most popular ones. Check our feature article on each to learn the history and make-up of each neighborhood.

Chicago neighborhoods are the heart of Chicago, where you’ll get a cozy friendly feeling even in the big city. It’s one of the things that really sets Chicago apart as a great world city, it’s many subcultures. Most of the popular attractions are all in the downtown area. However, there are lots of great restaurants, clubs, nightlife, festivals, and unique spots in these neighborhoods that really set them apart in character making them distinct from each other.

Celebrate the city’s wealth of diverse neighborhoods. Now there are countless ways to explore and discover even more things to see and do all around the city! 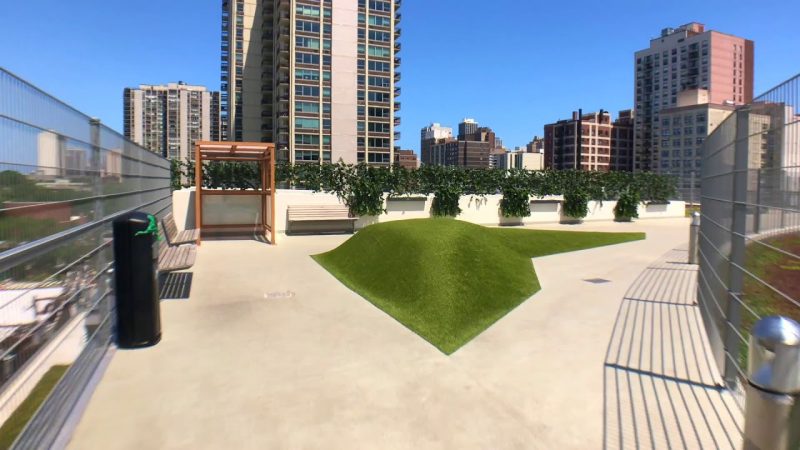 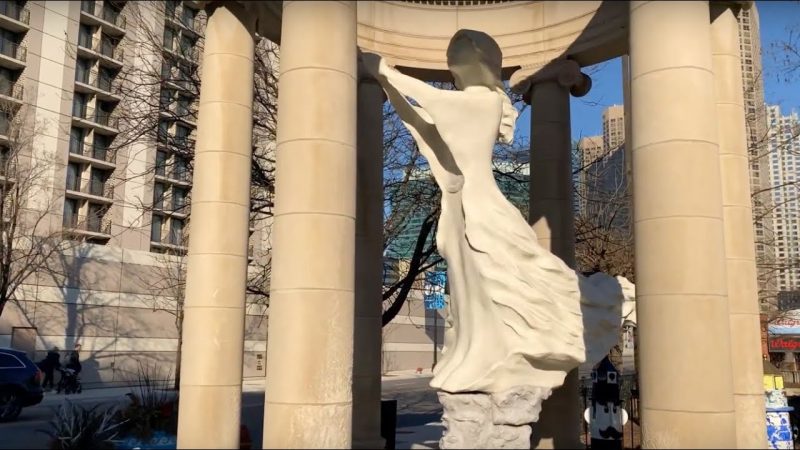 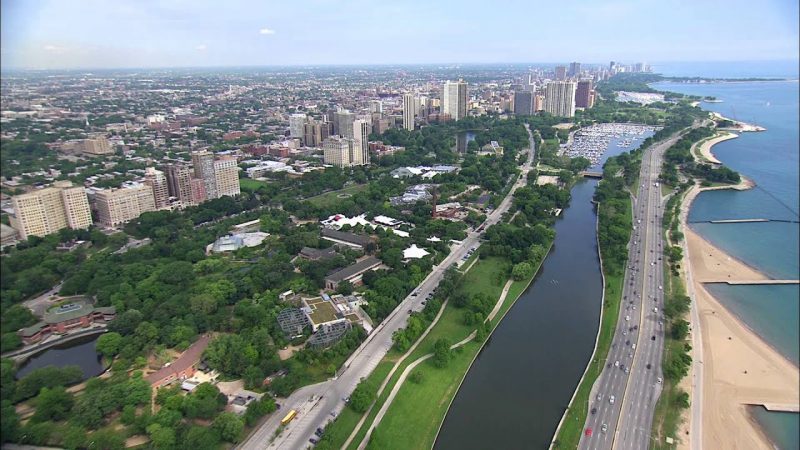 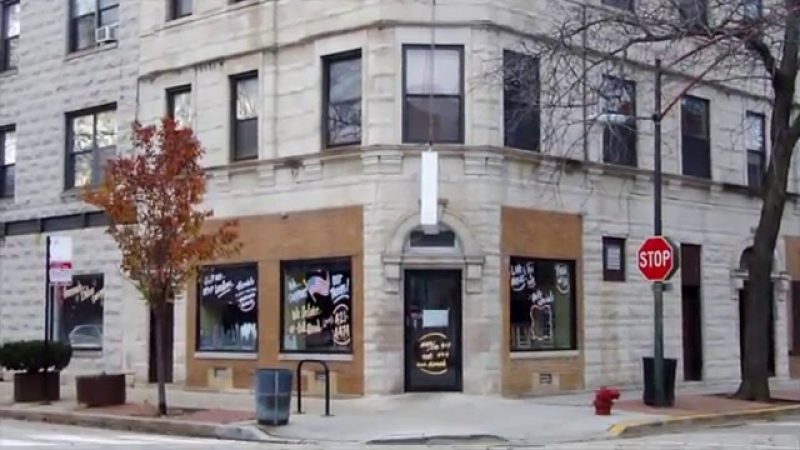 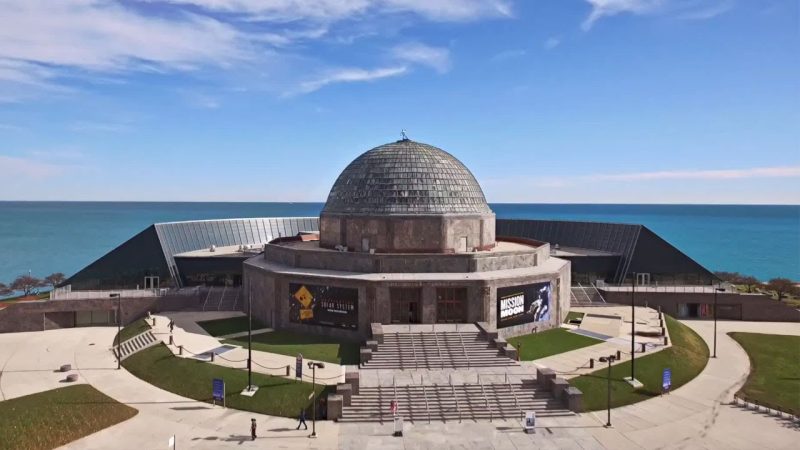 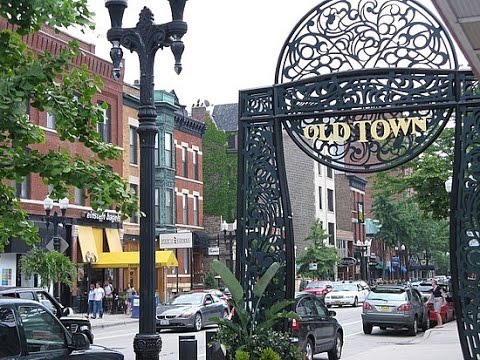 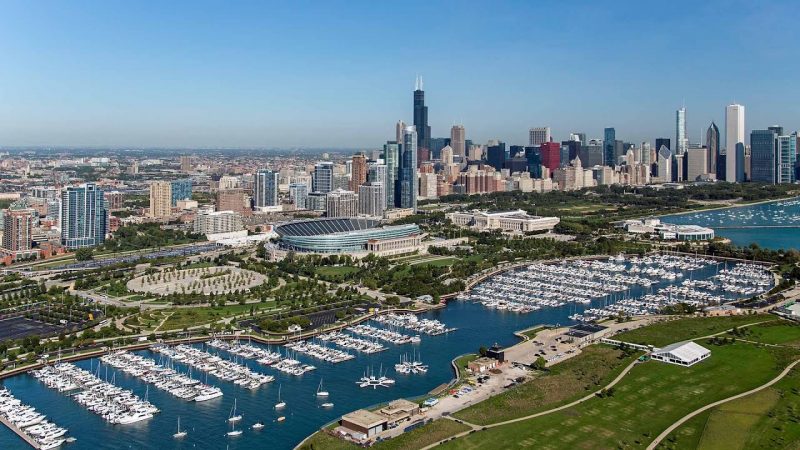 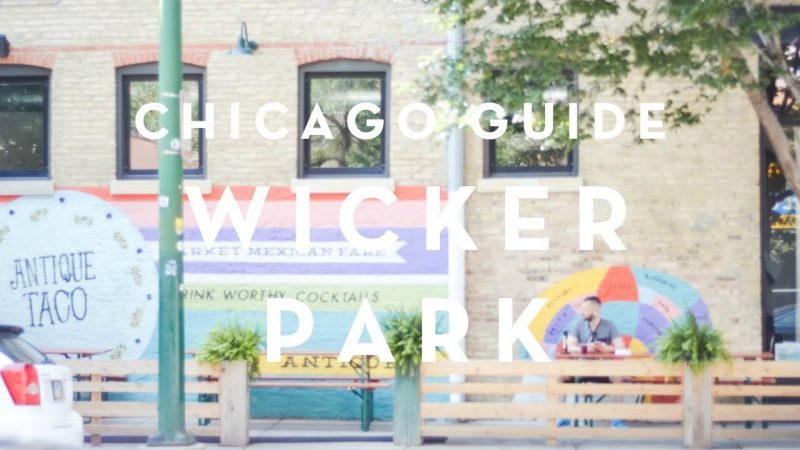 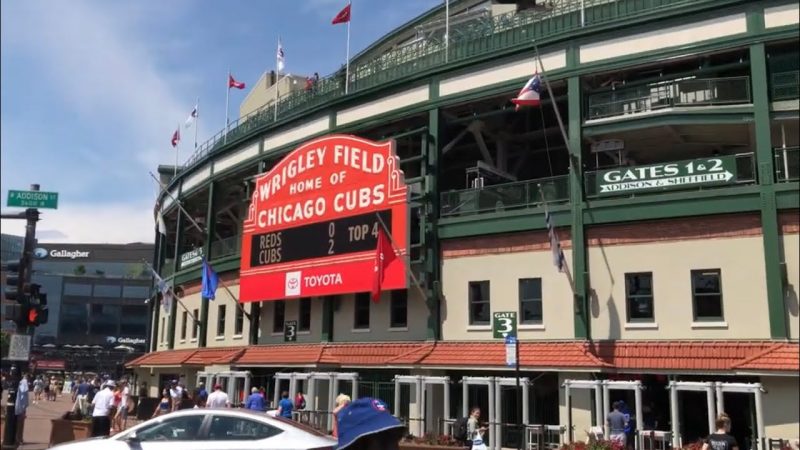 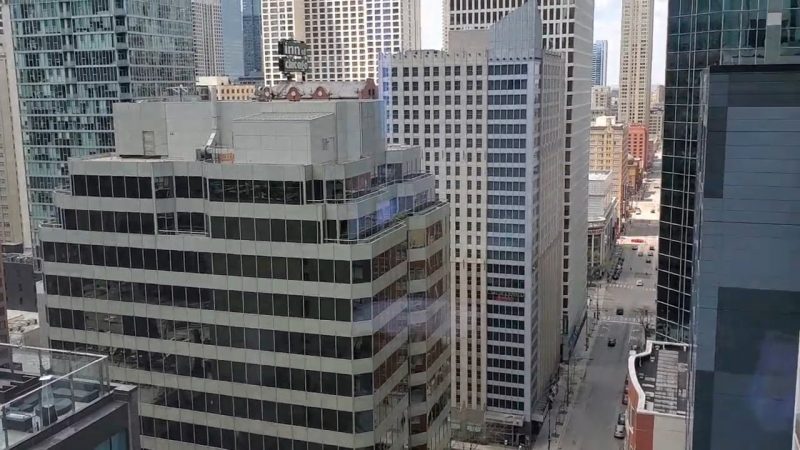 Chinatown is located south of the Printer’s Row and Museum Campus areas. The heart of Chinatown is the corner of Wentworth Avenue and Cermak Road, also the key spot for the annual Chinese New Year parade along Wentworth Avenue. This crowded area bustles with activity and, of course, highlights are the oriental cuisine and markets.

Chinatown in Chicago is a neighborhood steeped in tradition and history. Although it is the third largest “Chinatown” in the country (San Francisco and New York are larger), the authentic Chinese restaurants, shops, and architectural style make this neighborhood the Midwest’s#1 for Asian-American culture.

Gold Coast is located along Lake Michigan, north of Streeterville. The Magnificent Mile runs into the southern end of the Gold Coast and Oak Street Beach lies to the east. The Gold Coast is the most prestigious of Chicago neighborhoods.

Aside from excellent outdoor pursuits and first-rate eateries, the Gold Coast has the best shopping in town. The world-famous Magnificent Mile runs southbound Michigan Avenue from the Gold Coast. This strip of well-known department stores and upscale boutiques draws both locals and tourists. Saturday afternoon shoppers can make this area a little chaotic, especially around holidays, but there’s no better location in Chicago for shopping, fashion, and couture style.

Greektown is located west of the Loop and Interstate 90/94. This is a growing neighborhood, but one that holds on to traditions through its ethnic festivals and parades. Lots of great Greek dining as well.

Next meet one of my favorite south side towns Hyde Park, this beautiful neighborhood, has both the rich and the everyday working man, and they all meet in this quaint and charming area. And before he took office this is where President and Michelle Obama lived. One of the best places to see this in full effect is in contrasting the urban setting with the unique natural setting of Jackson Park, with a beautiful Japanese Garden here, bird watchers will love the bird sanctuary, and business professionals and hardy golfers will love the golf course here. You’ll find the University of Chicago in Hyde Park, the Museum of Science and Industry here as well as a variety of great restaurants. Chicago’s Hyde Park

Chicago neighborhoods are lots of fun to enjoy some of the hidden gems of restaurants bars, art scene or festivals you can find here on your Chicago vacation.

If you love the nightlife then this is the spot for you, this area has entertainment and clubs for the straight and gay communities. By enlarging these groups parties separately with the exception of the Berlin club. This area is also referred to by the locals as Boys town since it’s the center for most gay nightlife, you can see the rainbow-colored pylons announcing that you’ve arrived, along Halstead St. between Belmont Ave and Irving Park Road. Lake View baseball

Lincoln Park is the heart of Chicago’s north side, sitting to the west of the vast park (Lincoln Park) along Lake Michigan. It is also home to the Lincoln Park Zoo. This area is very trendy with young professionals, with home prices to match that popularity.

This neighborhood has a welcoming feeling with the many trees lining the streets privatizing the beautiful brownstone homes. A bit of a college setting with DePaul University, so it’s easy to find lots of restaurants, dance clubs, and bars. All priced for college students or those who’ve just finished college. Lincoln Park also has a quieter side with great church culture, the fantastic and Free, Lincoln Park Zoo driving ranges, bike trails, beaches, and the Peggy Notebaert Nature Museum; quite unique and captivating among the Chicago Neighborhoods.

Little Italy is located southwest of the Loop, with the heart of the area at Taylor Street and S. Racine Avenue. All along Taylor Street, you’ll find lots of Italian restaurants – from bakeries and sandwich shops to fine dining. Also on Taylor Street is the National Italian American Sports Hall of Fame.

The Loop, or Chicago’s “downtown”, is the area surrounded by the CTA’s elevated train tracks (the “el”). The Loop is the heart of Chicago’s bustling business district.

In this downtown area, the loop refers to the elevated train the “El” that loops around the city. Several of the attractions on this site are here, as are many of the large businesses, which keep Chicago afloat. Chicago Theater For attraction in the loop you can find the Sears Tower, now Willis Tower, the Art Institute, or Chicago Art Museum, and The Architecture Foundation, and the Chicago Cultural Center, and the Chicago Theater are all here in the Loop. More Theater options in this Chicago neighborhood include:

There are a plethora of restaurants in the north loop from anything in Italian, seafood, American, French, Stake houses, southern cooking, and more.

Magnificent Mile is Chicago’s premier shopping expanse, which extends about a mile along North Michigan Avenue, from the Chicago River to Oak Street. The Magnificent Mile includes 460+ retail stores, an endless selection of dining establishments, varied lodging, and historic landmarks.

Old Town is located north of downtown Chicago, nestled between the Gold Coast and Lincoln Park. This is a quiet, tree-lined neighborhood, but in addition to the historic residential qualities, Old Town also offers theaters, restaurants, and clubs.

The Near North Side

This area is just north of the Loop area. You’ll find the famous Magnificent Mile here with its amazing shops and boutiques. Additionally, this is where you’ll find some absolutely fantastic. Gold Coast hotels

You’ll find just about every designer shop, hotel, and restaurant you can imagine here, as it’s near Chicago Gold Coast are and Streeterville, two of the most opulent Chicago neighborhoods. The Gold Coast is only second in wealth to New York’s Central Park East.

Old Town is located north of downtown Chicago, nestled between the Gold Coast and Lincoln Park. This is a quiet, tree-lined neighborhood, but in addition to the historic residential qualities, Old Town also offers theaters, restaurants, and clubs.

Printer’s Row is located just south of the Loop. It has changed from warehouses and printing plants to fine loft and condo residences. This small neighborhood is home to unique restaurants, Buddy Guy’s Legends blues club, and, true to its name, bookstores are quite popular here.

South Loop is south of Congress Parkway and east of the Chicago River, excepting Printer’s Row. The southern boundary for the community area is Roosevelt Road; though often describes an area as far south as 18th Street or Cermak Road. It includes River City, the northern half of Dearborn Park, and portions of State Street, Wabash Avenue, and Michigan Avenue.

I noticed the stark contrast between the North and South Loop areas, the South Loop has a welcoming neighborly feel, with smaller houses, sweet older houses, and charming community. This community area is centralized around the former train stop called Dearborn Station that has been renovated restoring the classic quaint charm it has been known for.

The beautiful museum district is located on the Southside, along Lake Shore Drive, as you continue south just past the museums you can see Soldier Field where the Bears play, quickly followed by McCormick Place. A giant convention center where many events are hosted every year, such as the Chicago Auto Show in the late winter, and the RV and Boat show in warmer weather. You can always find a great lineup of events here. Additionally in the same area, you’ll find the Sheraton Chicago’s fantastically huge ballroom or Arie Crown Theater.

Just a bit further south and west all White Sox fans will be familiar with this stadium Comiskey Park, now called U.S. Cellular Field, home of the 2005 World Champs.

Streeterville lies between the Magnificent Mile and Lake Michigan, making it a premier residential neighborhood within walking distance of shopping, dining, and other activities. Navy Pier is east of Streeterville at Illinois St.

West Loop is located to the West of the Loop and Greektown. It is an area that has undergone a change, converting many commercial buildings into residential lofts, with an influx of high rise residential towers and office buildings as well as restaurants and galleries.

Wrigleyville is bordered by Halsted St. on the east, Ashland Ave. on the west, Roscoe St. on the south, and Byron St. on the north. The area is very well developed in terms of restaurants and bars and easily reached via public transportation.

If you’re a Cubs fan you’ll be familiar in part with this town even if you’ve not seen a game here. They have Great Chicago Sports Bars where you can enjoy the game if you weren’t able to get a ticket. This is a great area to relax with any variety of food and get to know the locals.

Calling all music fans, to head even further north to enjoy excellent music, anything from Aragon Ballroom, the Riviera, and the Green Mill, lots of Jazz and rock music for your enjoyment. This is the city’s hot spot for a great deal of music. Uptown Chicago

Wicker Park-Bucktown bordered by Armitage Avenue to the north, Chicago Avenue to the south, I-90/94 to the east, and Western Avenue to the west, it caters to an increasingly diverse mix of people calling it home.

Due to its strategic location within the city of Chicago, an endless supply of entertainment is available to those interested in purchasing Wicker Park real estate. The city of Chicago offers numerous sites and attractions including nationally known museums, excellent theater, and music performances, professional sporting events, as well as some of the world’s best shopping and dining experiences. Purchasing Wicker Park real estate will put you right in the heart of one of the world’s best metropolitan areas.

An area is known for its bars and a great scene for artists of many varieties. Famous spots in this area are:

This page on Chicago neighborhood maps will help you simplify the big city, getting around in a city this size can seem overwhelming if you’re not familiar with the layout of the city.

But I’m going to make this simple by providing you with a map of the different neighborhoods, so all you have to do to see exactly where you want to go is to click on the link for a larger view of the map, zoom in on the different streets and you can see what’s on each street so that you’ll be able to pick and choose some great places to go.

Let’s start right in the downtown area with the Loop. This is a very popular area and it’s important to show you where this is on the Chicago neighborhood maps so that as you make your way around it you’ll be able to see where this runs versus where the general downtown area.

The loop actually refers to the area that the Chicago train called the EL runs, The streets it covers in this loop are Lake street covering the north border, Van Buren St on the south, Wells on the west, and Wabash on the right.