With many different tours to choose from, the Chicago Neighborhood Tours offers something for every section of Chicago. You can choose to do a single neighborhood tour such as Bronzeville or Devon Avenue – or try a Summertime Sampler, which will take you on a tour of several Chicago neighborhoods in one afternoon, such as Greek Town, Chinatown & Little Italy. Most tours begin at 10 am on their respective dates. Mine the city’s hidden gems, its neighborhoods. From South Side neighborhood Beverly on the new Beautiful Beverly tour to historic parks on the new Garfield Park & Beyond tour, Neighborhood Tours showcase the arts, culture, history, and people of Chicago.

Get in on memorable events, people and ideas that helped make up modern Chicago on 6 different expert-led tours. On The White City tour, feel the excitement of the 1893 World’s Fair, or delve into the history of Greek Chicago. Navigate Polish Chicago, the largest such community outside Warsaw, and try a tasty assortment of ethnic cuisines on Taste of the Neighborhoods. 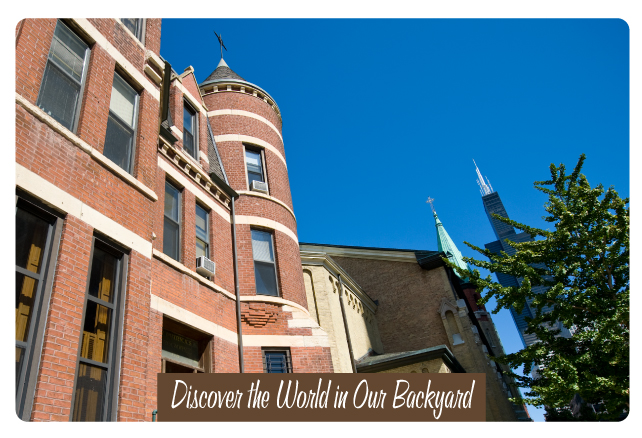 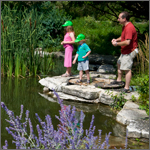 Amazing, world-class artworks add panache to Chicago neighborhoods with hundreds of sculptures, paintings, murals and monuments from private and public enterprises as well as Chicago’s Public Art Collection.  Spot pieces in and around building lobbies, parks, plazas, viaducts and other surprising places.  The intimate knowledge gained illuminates why Chicago takes pride in being a leading promoter of public art. 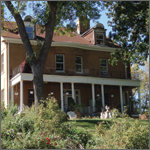 Take in the 200-plus-acre Humboldt Park‘s Refectory and Boat Landing, Rose Garden, and Receptory and Stable, designed by turn-of-the-20th-century greats such as landscape architect Jens Jensen. Nearby, Logan Square offers some of the city’s most elaborate dwellings, facing Logan Boulevard, and the striking Illinois Centennial Monument, commemorating the 100th anniversary of Illinois’ 1918 statehood. In Bucktown, look around dozens of shops on Damen and Armitage avenues.

Observe a captivating cross-section of religions, cultures and communities when you call on three or four Chicago-area churches, temples and sanctuaries.** Compare and contrast religious faiths and customs on this popular tour of Chicago’s sacred spaces. Restaurant stops will vary by community areas visited. ** Church stops vary by tour date and are subject to availability

Cruise through the Bryn Mawr Avenue [national] Historic District before reaching Devon. Set off on foot for guided discovery. Find exotic delicacies in international delis and grocers. Browse sparkling jewelry stores and colorful sari shops, and sample Indian tasty treats along the way. Come across Devon Avenue’s Jewish roots to the east and later, its Croatian legacy during a short discussion at Angel Guardian Croatian Catholic Church (subject to availability). 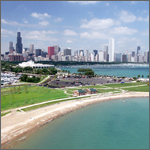 On this excursion, community experts herald the fascinating history, customs, and religion of Greek Chicagoans. The importance of the famed Jane Addams Hull House to early Greek immigrants comes to light during a private tour and discussion. Then, the National Hellenic Museum chronicles their American experience. Savor lunch at a Greek restaurant before visiting Annunciation Greek Orthodox Cathedral** for an in-depth look at the Greek Orthodox religion. 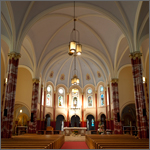 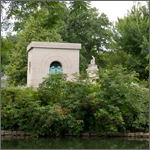 Look into the Near West Side neighborhoods of Greek Town and Little Italy where Greeks and Italians first settled. Traverse Little Italy’s Taylor Street, as have generations of Italian families. Enjoy vibrant Chinatown of the Near South Side. Browse Chinatown Square and dozens of shops full of all kinds of goods from China and other Asian locales. Spend some time on your own exploring Little Italy and Chinatown.

A leading 20th-century African American community, Bronzeville is moving toward a modern-day revitalization. Travel throughout this quiet neighborhood, and tap into past and present at DuSable Museum of African American History, a major independent institution. Observe youths and adults in action at Little Black Pearl Art and Design Center, offering opportunities through cultural entrepreneurship. Finish up at one of the lovely area galleries, Gallery Guichard. 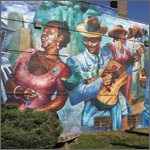 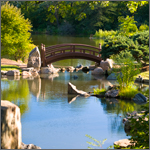 Discover the unique histories, traditions, and stories of these three neighborhoods. See the distinct homes, churches, and parks in each. Gather in the heart of Wicker Park for self-exploration.

Both Jefferson Park and Portage Park’s peaceful residential streets surround busy far-north hubs such as Six Corners. At Portage Theater, discuss its restoration, 1920s beaux-arts interiors, and audiences then and now. Look into spiritual and architectural matters at the Spanish Revival–style Our Lady of Victory Church.** Go behind the scenes at Gateway Theater, serving Jefferson Park’s thriving Polish population alongside others, and Jefferson Park Masonic Temple. 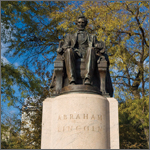 Late 1800s Southern Italians and Sicilians settled this Near West Side jewel, then hosting Chicago’s largest Italian population. Muse on early Italian heritage during the private tour-discussion at national landmark Jane Addams Hull-House Museum. Hit Taylor Street for refreshments at a local Italian restaurant before a guided walk through the neighborhood’s quiet, tree-lined streets. Finish with a short talk at the Shrine of Our Lady of Pompeii.** Bellissimo! 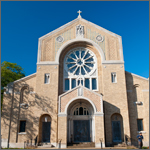 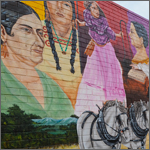 Where’s the largest Polish population outside of Warsaw, Poland? Chicago! Experience it starting with St. John Cantius Catholic Church,** whose spectacular Romanesque Baroque architecture makes it a standout. As you veer along Milwaukee Avenue the “Polish Triangle” is revealed. Break for lunch before the enjoyable guided tour and discussion at the Polish Museum of America. There’s ample time to roam on your own through this important cultural institution. 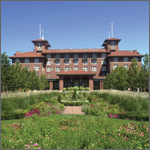 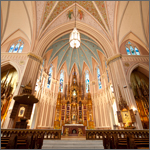 Taste of the Neighborhoods

Travel Chicago and savor cuisines from lands near and far. This delectable journey features two different restaurants serving assorted small-plate samplers. Taste the nuances; talk exotic ingredients, techniques, and cultures; and collect recipes. Dessert or sweets at the last stop are the cherries on top. Destinations change every two months; restaurants are determined about three weeks before tour dates. Seats go quickly on this popular tour. Please call for details.

During the 1893 World’s Columbian Exposition, “The White City” enthralled 27 million visitors. You’re transported there through the photographic slide presentation at the Chicago Cultural Center. In Jackson Park, picture the fair’s hundreds of buildings, and see the Statue of the Republic and other original sites. After a bite, you’re off to the Chicago History Museum, where the elevated train that transported fairgoers to the exposition is on view. 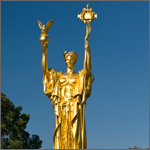 These Far North Side neighborhoods. Time is allotted to explore Clark Street in Andersonville and the shops along Lincoln Avenue in Lincoln Square. 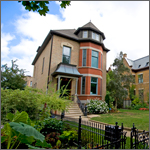