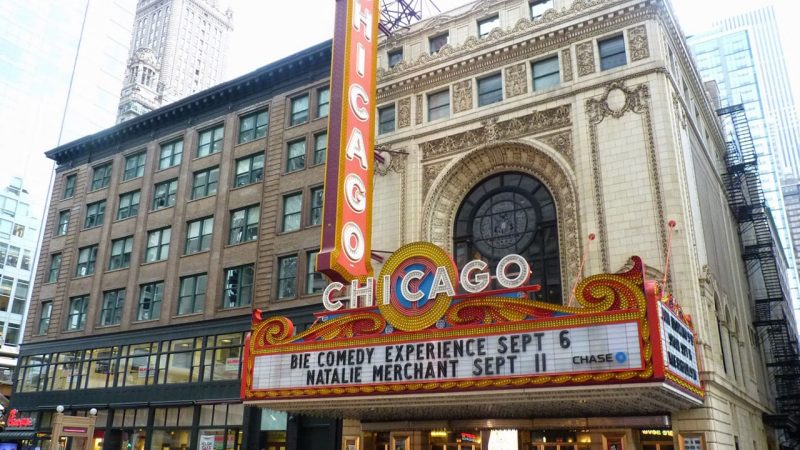 Chicago is more than just a movie musical – you do not have to take my word for it, go and see for yourself. You will likely enter via the massive Chicago O’Hare International Airport (airport code ORD), which is located 17 miles outside downtown Chicago. O’Hare, as it is most commonly known, serves as the largest hub for United Airlines and the second largest for American Airlines, so check both United and American for special deals on airline tickets to Chicago. Although O’Hare was once the world’s busiest airport, Hartsfield-Jackson Atlanta International Airport has since taken that title. Still, Chicago’s airport is incredibly busy, so you should have no trouble finding a flight there.

A complete listing of the airlines serving O’Hare is found here, and a flight tracker for both incoming and outgoing flights is here. To help you get around the enormous and busy airport, there is a terminal map here. If you click on each of the terminals, you will get a more detailed map (in PDF form). You will find your dining choices listed here and shopping choices here, along with their operating hours and the terminal each is located in. The ground transportation options, including the fast and efficient CTA train (information here), can be found here. If you are driving to the airport, you can save time and money on Chicago airport parking by booking it in advance.

Please check out our Chicago area deals to the right. They are updated daily.

Cheap Flights to Chicago from Detroit

Since Chicago is served by a very large and busy airport, finding flights to Chicago from Detroit is as easy as doing a search on your favorite booking engine. Do try to book several weeks in advance especially if you plan to fly during the holidays.

Chicago is served by three airports but you’ll most likely land on Chicago O’Hare International Airport. The massive airport is the largest hub for United Airlines and second-largest for American Airlines. Taxi fares from the airport to the city center are around $40. Also there are trains which link O’Hare with the city center.

Detroit is served by Detroit Metro Airport, located about 20 minutes from the city center. It’s the hub for Northwest Airlines. The airport is modern, providing free transfer between terminals. To get to the city center, you can choose a taxi (fare about $45-50) or a bus (fare $1.50).

Three of the most important airlines flying to Chicago from Detroit are United Airlines, Northwest Airlines and American Airlines. Other airlines serving the route include:

Ticket prices for flights to Chicago from Detroit tend to vary according to the season, with the highest fares during the summer peak and the holiday. Expect an average ticket to cost $160-240 during the high season. Outside the summer season, prices are lower but still in the $140 range.

Out of all the airlines flying to Chicago from Detroit, Northwestern, American Airlines, and Delta seam to have the lowest fares but they do depend on when you book the ticket.

Also, if your dates are flexible, try to fly mid-week and at rather weird hours (very early in the morning, for example). Flying outside the peak summer months or the American holidays is also a good idea if you want to save some money.

You can find some good deals if you check the discount websites such as Travelocity, Expedia, Priceline, or Hotwire. Of course, it’s always a good idea to check the airlines’ website and put those saved miles to good use.