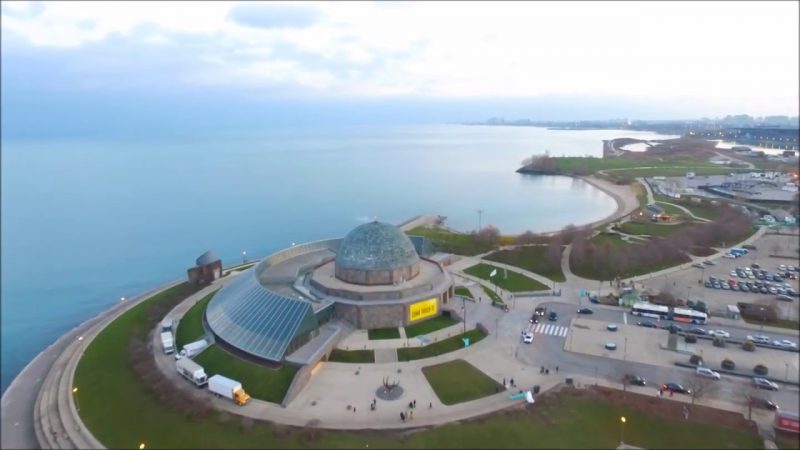 Star of Wonder Program Display Skies of the Holy Night

Adler Planetarium Star of Wonder recreates the starry night skies. See stars and planets as they were aligned during the season of Jesus’s birth.

Adler Planetarium and Astronomy Museum is a Chicago institution that is dedicated to the study of the heavens. America’s first planetarium has been entertaining and educating visitors for over 75 years. Several exhibits are currently running, including the annual Christmas program, Star of Wonder.

Christmas is a joyous season of festivity, color, and light that celebrates the blessed birth of the Savior, The first Christmas night was described a quiet, still night. According to the Bible, the night of the birth of Jesus was starry. The Star of Bethlehem appeared on the Holy Night.

The Biblical account of the holy event describes the Star of Bethlehem, which guided wise men and shepherds to the humble manger where Mary and Joseph watched over baby Jesus. The Star of Bethlehem was a large bright star, that signaled that something very special was happening in the world.

Look at the skies in the still, dark night and see many of the same stars that looked down upon the blessed event.

Adler Planetarium, in Chicago, Illinois, uses historical records, modern technology and astronomy expertise to recreate the night skies as they looked over two thousand years ago.

The Star of Wonder program examines astronomical observations of the skywatchers from the ancient era to uncover the secrets of the skies, as recounted in the story of the nativity. Visitors rest back in comfortable chairs, to study the ceiling, A simulated starry sky unfolds as the narrator explains the activities in the sky in the darkened Sky Theater.

Star of Wonder is a seasonal Christmas presentation that runs through January 3. There are four shows daily.

Visitors take a mysterious night journey through the Cosmos in the Sky theater. This new presentation uses modern exploration and observation techniques for a deeper understanding of the universe. There are four presentations daily.

StarRider Theater at Adler Planetarium offers an exciting immersion into a virtual reality environment in outer space. The world’s first 360-degree all-digital theater provides an immersion into the outer reaches of outer space. Programs at StarRider Theater include The Zula Patrol: Under the Weather; Black Holes – The Other Side of Infinity and TimeSpace…Time Travel Only at the Adler.

The largest telescope in the Chicagoland area is at Doane Observatory, behind Adler Planetarium. The Doane is open to Adler visitors on the first Friday of each month, known as Far Out Friday. Doane also hosts special observing events for phenomena such as eclipses, planetary alignments, and comet watches.

For information about hours and admission, see the Adler Planetarium website.