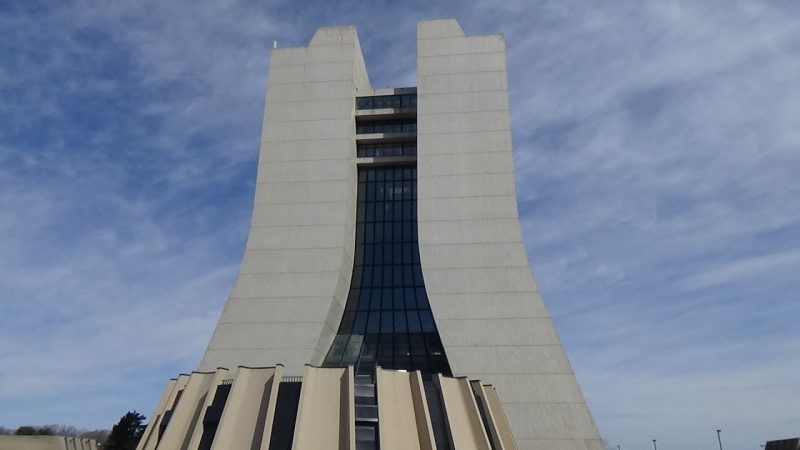 Visitors can tour the Fermi National Accelerator Laboratory in Batavia, Illinois to learn about scientific experiments in particle physics.

It’s the stuff science fiction is made of, but it’s real and the Fermi National Accelerator Laboratory is open to the public by reservation. But first, a basic lesson in physics. Once thought to be the smallest particle that could not be divided, the atom contains a nucleus housing neutrons and protons. Around it is negatively charged electrons spinning in a cloud. Due to the efforts of particle physicists, smaller units of the atom have been identified.

At the Fermi National Accelerator Laboratory or Fermilab, protons are slammed against a target, producing antiprotons that are harvested and housed underground in a long stainless steel coil to keep them spinning. Large superconducting magnets are used to keep the antiprotons from bunching up until needed for an experiment.

These antiprotons are then used to collide with protons under controlled conditions. Scientists employ a large detector to measure the size and speed of the resulting matter after a collision.

What to Expect on the Ask-a-Scientist Tour

On the first Sunday afternoon of the month, visitors are greeted with a presentation by one of the top scientists explaining the research, results, use in industry, and lifestyle of a scientist. Attendance is limited to Grade 5 through adult.

Throughout the tour, physicists are happy to entertain questions about particle and their research including dark matter, dark energy, possible new dimensions in space-time, and other seemingly fictional matters.

Fermilab employees take education from the public to the heart. Come ready to ask questions.

The contents of the tours varying based on the availability of the technical areas. It may be possible to see the building housing the detector where there is also a small display of retired detectors. Again, docents and scientists are on hand for further discussion about the history, technology, and their discoveries.

Smaller particle accelerators are commonly used in healthcare and industry, but even Fermilab’s smallest accelerator is large enough to be housed underground. If fortunate to see one of them, be prepared to walk up and down about 30 steps into 90 to 95 degree Fahrenheit heat in the tunnel.

Advised to look but don’t touch by the employee tour guides, they also provide explanations of the equipment and issues in the design of the accelerator, debuncher, and transport of the antiprotons.

Tevatron, the 4 miles circumference particle collider is also housed underground. Above all this scientific equipment is a park with bike trails, a buffalo herd, and grasslands. Also on the premises is the Leon Lederman Science Education Center. Geared toward students in grades 5 through 12, the center’s exhibits provide hands-on scientific interaction.

The laboratory and park are located in Batavia, 30 miles west of Chicago, Illinois. Access to the park and the tour is free although identification must be shown at the entrance and preregistration for the tour is required.