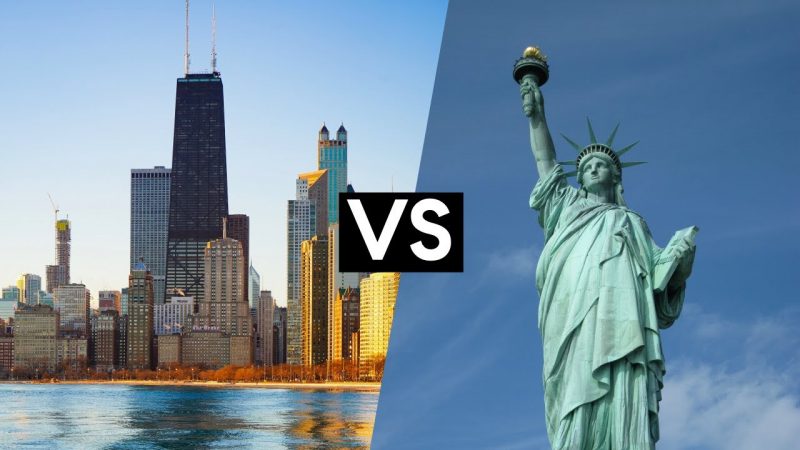 As two of the largest cities in the United States, Chicago and New York City are well-connected by plane, with bus and train as additional (cheaper) options for traveling between the two cities.

Most major carriers, including Southwest, United, American, and Delta airlines offer frequent service from New York to Chicago. Flying is the easiest way to get between the two cities, but it can be expensive, around the holidays and peak travel times. To find cheap tickets to Chicago, book in advance or travel at off-peak times.

Amtrak trains do travel between Chicago and New York City, but the ride is a long one, taking nearly a full day. The trains are comfortable and generally on time. Ticket prices range from $80-150  each way.

Bus is not an ideal way to travel between Chicago and New York City. Greyhound does offer two to three runs per day, but the journey is a very long one with at least one transfer along the way.

The drive between Chicago and New York city is all highway and passes through Michigan, Ohio and Pennsylvania on the way to New York. The total mileage between the two cities is just under 800 miles.