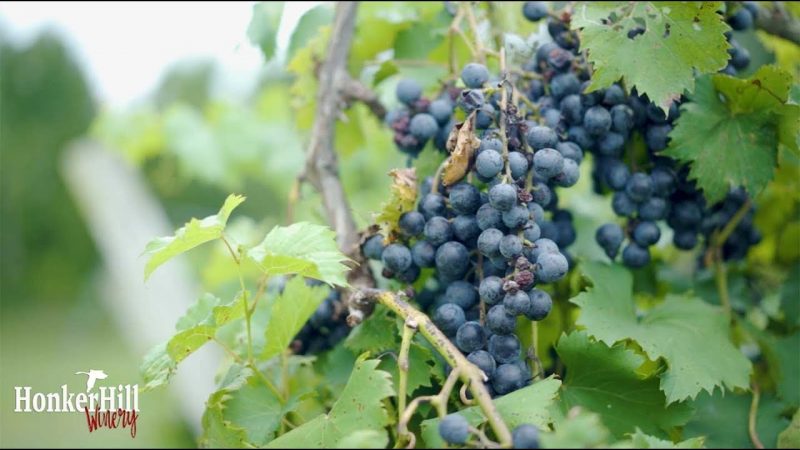 The Shawnee Hills Wine Trail in Union County Illinois, south of Carbondale, includes 12 wineries in the Land of Lincoln’s only recognized viticultural area.

Wine country tours in the Midwest take travelers to the far southern tip of Illinois in Union County where the state’s only recognized viticultural area is home to 12 vineyards and wineries.

Cobden Illinois, population 1100, is the heart of the Shawnee Hills Wine Trail and the Shawnee Hills viticultural region. The AVA is at about 700 feet above sea level and follows the pattern of the Mark Twain National Forest through the Illinois Ozarks.

Each of the 12 wineries offers a unique experience.

The first cabernet franc produced in Illinois is sold at the Inheritance Valley Winery.

The Alto Vineyards, located in Alto Pass on Highway 127, has won numerous gold medals for its Chambourcin, but the Heartland Blush is this winery’s best seller.

Rustle Hill Winery is almost a misnomer, Owner John Russell calls his place the Woodstock of Southern Illinois. In addition to two cabins on the property and 12 more in the planning, as well as plans for a microbrewery, Rustle Hill is equally well known for the concerts, held every weekend in the warm weather months, and lots of times in the middle of the week. An outdoor amphitheater and bandstand are surrounded by picnic tables and a large patio.

Blue Sky is a part art gallery, part bed and breakfast inn, and a beautiful location for weddings and special events.

Hedman Vineyards is as popular for its Peach Barn Cafe and the authentic cuisine as it is for good wines.

Starview Vineyards is well-known for its Venus wine and slushies that taste a lot like sangria. Scott Sensmeier, a native of the area who returned to follow his dream, is the vintner.

Orlandini Vineyards is one of the smaller wineries on the Shawnee Hills Trail but has found great commercial success with a Saluki Red, a must-have for alumni of nearby Southern Illinois University whose mascot is the Saluki.

Wine tasting is just one of the activities along the Shawnee Hills Wine Trail near Southern Illinois University. Fruit orchards, antique stores, visit the Bald Knob Cross of Peace and a historical stop at the site of a Lincoln-Douglas debate can all be accomplished in a weekend getaway to southern Illinois.

Giant City State Park, one of Illinois’ most scenic state parks because of its geological formations in the national forest, is also located in the path of the Shawnee Hills Wine Trail.