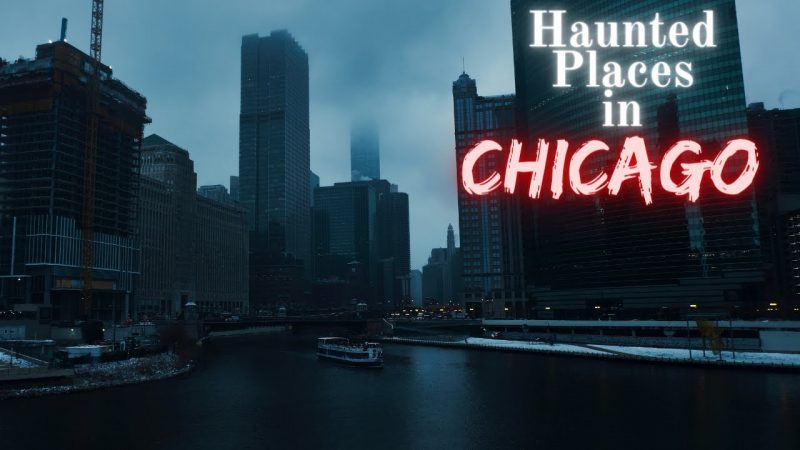 Haunted Houses and Attractions in the Chicago-area

Looking for a good scare? Find out where Chicago’s best-rated Halloween haunted houses and attractions are for adults and teenagers.

Halloween is not just for children, most of the haunted houses and attractions are geared towards adults and teenagers. But with so many different venues to choose from it’s hard to know where to spend one’s time and money. For a good scare or just for a fun visit one of these top-rated Halloween haunts in the Chicago-area.

Located 20 minutes west of Chicago in Elk Grove Village is Eleventh Hour Haunted House. Offering four unique haunted attractions in one location, this haunt is guaranteed to scare even the bravest haunted house enthusiasts. The most impressive attraction at Eleventh Hour is the manor house where each room depicts a chilling scene of the criminally insane using live actors and theatrical-quality props. Next visitors blindly follow along with the narrow passageways of Intensity; a pitch-black maze of corridors paired with deafening music and the occasional burst of light, designed to deprive and disorient. The disorientation wears off quickly with the sounds of screams and chainsaws coming from Chain Reaction; a maze of chain-link fences where a surprise awaits. Finally, get lost in Creatures of the Corn; where visitors wander around in the darkness among the towering cornstalk rows blindly searching for the exit.

Dream Reapers, located 20 minutes west of Chicago in Melrose Park is a fun and interactive haunt offering 22 rooms filled with terrifying scenes. The 40 live actors coupled with 40 animatronics add an element of fear and theatrics in this venue. One unique feature of Dream Reapers is its use of distinct scents that match many of their scenes, like the smell of a freshly dug grave. The actors do a good job of entertaining the long lines during the wait to get inside. While waiting face the fear of being buried alive in the virtual coffin. Step inside a real life-like coffin that simulates the experience of being thrown into a grave and buried alive. Those brave enough to be sealed in the coffin will not only feel the bumpy ride on the way to the graveyard but will also smell the freshly-dug graveyard dirt being thrown on top of the casket. Entertaining not only to the participant but also to the crowds of onlookers who can view the terrified person on the live-cam built into the coffin.

One of the newest Halloween attractions for 2010 is the Asylum Xperiment located in Villa Park. This 30,000sq ft venue features high-quality special effects and sets designed by special effects expert Dave Link. As a horror industry professional, Dave Link, has created horror-themed designs for many well-known companies such as Lucas Films, Disney, Sony Pictures, Sega, and Williams/Bally. The one-of-a-kind animatronics coupled with the horror movie-style sets is guaranteed to satisfy the most hard-core horror fanatics. Included in the price of the Asylum Xperiment is a second attraction; Blackout, a pitch-black maze of terror filled with thrills and surprises.

Since 1996 Statesville Haunted Prison located in Crest Hill Illinois, has been one of the more popular haunted attractions in the Chicago area. Small groups wander through replication of prison cells and halls that house the 200 violent and criminally insane inmates of Statesville. A gory mix of blood and special effects combined with live actors playing killer clowns and insane inmates makes this a terrifying and interactive attraction. Afterward, visit the City of the Dead where the souls of the inmates go after death. Due to its popularity, the lines can be long especially on weekends, skip line passes which significantly cut down on the wait time are available online.

Learn about Chicago’s sordid past by taking a historical haunted tour. What is more frightening than hearing true tales of treachery. The Historical Society of Oak Park and River Forest will host its 19th annual program the Tale of the Tombstones on Sunday, October 17.

Visitors watch as live actors bring to life many interesting tales of the heroic and the treacherous who are laid to rest in the historic walls of Forest Home Cemetery. Hear the chilling and true story of Adolph Luetgert; the Chicago Sausage Vat Murderer; who in 1897 killed his wife then dumped her body into a vat of sausage meat in his Chicago sausage factory to hide the evidence. Or the story of Belle Gunness; the first female serial killer who in the early 1900s placed personal ads in many Chicago newspapers, luring wealthy men to her home in rural Indiana only to murder them for their money and bury them outback. This two-hour tour is fun, disturbing and informative. Tours depart every ten minutes between 1:00 PM and 2:00 PM

Graceland Cemetery is one of Chicago’s most beautiful and haunted cemeteries. During a tour offered by the Chicago Historical Society visitors can learn about the history of many famous Chicagoans buried on the grounds such as Marshall Field, Louis Sullivan, and George Pullman. Look for the glass-enclosed life-like statue marking the grave of 6-year-old Inez Clark, who unfortunately died when struck by lightning. Some claim that at night and during storms the statue disappears allowing her spirit free to wander the cemetery grounds. The tour is offered October 24; October 30and October 31; 10:00 a.m.– noon and 1:00–3:00 p.m. each day.

Many people have heard of Chicago’s more famous haunts such as the sight of the Valentine’s Day Massacre or Oprah Winfrey’s Harpo Studios. But for an authentic ghostly experience that only the locals know about, check out either Robinson Woods burial ground or Bachelor’s Grove Cemetery.

Located on the Northwest side of Chicago, Robinson Woods is a large recreational area filled on the weekends with people playing sports, fishing, jogging and biking. What most people don’t know is Robinson Woods harbors many dark secrets, one section is actually an Indian burial ground. The land was once owned and occupied by Alexander Robinson; chief of the Potawatomi, Chippewa and Ottawa tribes and his family. For years after Robinson’s death his family continued to live there until in 1955 when the house mysteriously burned to the ground.

Later that year a far more disturbing event occurred; the bodies of three boys were found murdered in a ditch on the grounds of Robinson woods. Despite many leads this horrific crime went unsolved for over 40 years until finally in 1994 new evidence led to the trial and conviction of the man responsible for these heinous crimes.

Visitors can view the Indian burial stone marking the graves of the Robinson family at the South West corner of East River road and Lawrence avenue. But be warned this is listed as one of Chicago’s most haunted areas. Over the years people have reported hearing eerie drumming noises or the loud chopping sound of wood being cut with an axe. A common occurrence is seeing ghostly lights that appear floating in the woods or Native American faces seem to appear in the trees.

Bachelors Grove, supposedly the most haunted graveyard in the country, is an abandoned and desecrated graveyard located in Rubio Woods in the suburb of Midlothian. The burial ground dates back to 1844 with the last burial taking place as recent as 1965. Due to the isolated location this graveyard has been repeatedly vandalized with gravestones moved, stolen and dumped into the nearby pond. Originally there were over 200 graves but now only 20 tombstones remain visible. Over the years evidence of satanic rituals have been found on the grounds as well as numerous accounts of graves being dug-up. It is also rumored that the pond was used as Al Capone’s dumping ground for bodies during the 1920’s prohibition-era. All of these factors combined with many reports of ghostly sightings and orbs contribute to make this one of the most haunted places in all of Chicago.

The property of the forest preserves closes at dusk, it is not recommended to visit outside of the opening hours.

This Halloween experience terror, thrills and fun by participating in one of these entertaining Chicago haunted houses, events or attractions.