The villages of Frankfort and New Lenox are just five miles apart on State Route 30, about 35 miles southwest of Chicago. The location offers easy access to neighboring towns and a short commute to downtown Chicago. New Lenox is the larger of the communities, with nearly 18,000 residents; Frankfort has a population of 10,391.

Because of the towns’ proximity to one another, residents share schools, events and recreational activities. The biggest annual event in New Lenox is the Proud American Days Festival, which is held the last weekend of July and includes the crowing of the annual Miss New Lenox. Frankfort also hosts a number of events during the year, including the Whispers of Spring and the Frankfort Fall Festival. The Fall Festival started as a small community fair, but it has grown into one of the top craft shows in the nation. The event also features a parade, live entertainment, food and family fun. 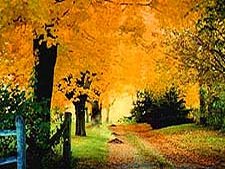 The area high school is part of a two-campus facility. The main Lincoln-Way Community High School campus, which is located in New Lenox, educates junior and senior students; and the east campus in Frankfort educates freshmen and sophomores. New Lenox also has four elementary schools, three middle schools and a junior high.

Frankfort’s first pioneers were mostly of English and Scottish descent, but the town really grew after German settlers moved to the area from Pennsylvania in the 1840s. Frederick Chappel named the town Frankfort Township after his hometown of Frankfurt, Germany. (Neighboring New Lenox, which was founded in 1852, was named for the town of Lenox, N.Y.)

In 1855, the Joliet and Northern Indiana Railroad built a line through Frankfort Township and renamed it Frankfort Station. When the village was incorporated in 1879, “Station” was dropped from the name.

The real estate market in both communities offers a wide range of styles and prices. Condominiums and townhouses can be found ranging in price from $100,000 to $300,000. Single-family homes range from $150,000 and to $900,000 plus for properties with acreage and golf course frontage. Farm and ranch properties are also available, as is vacant land.

There are 13 parks and three recreation buildings in New Lenox, which is also home to The Sanctuary, an 18-hole championship golf course. Other recreational activities are located in neighboring towns, and Lake Michigan and Chicago’s parks and museums are just a short drive away.