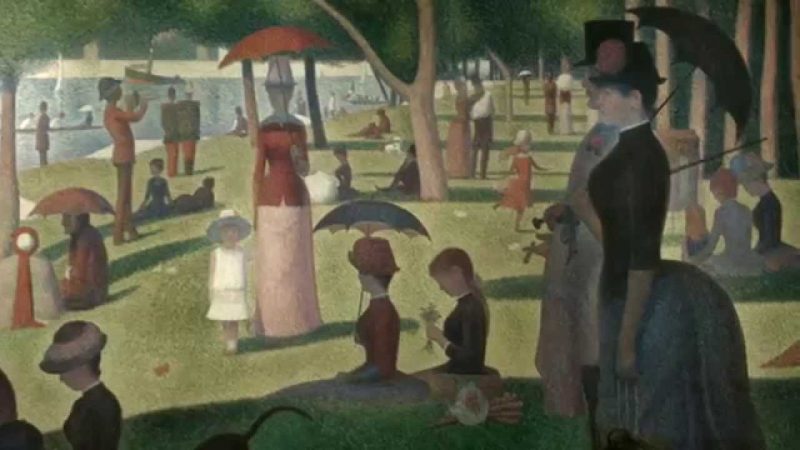 The best museums in Chicago explore a wide range of subjects, including art, cultural history, and science and technology.

Some of the largest, most popular, and most impressive exhibits in the world are housed in the five best museums in Chicago. Almost all of these museums offer free tickets during certain times of the year, as well as discounted rates for kids, students, and large groups. Membership at any organization, while sometimes costly, can also offer numerous benefits, including access to special exhibits or permission to bring guests to the museum for free.

1. Museum of Science and Industry

As the largest science museum in North America, the Museum of Science and Industry is a must-see for anyone interested in science, engineering, or just having fun. The museum is filled with unique exhibits such as a coal mine, a baby chick hatchery, and a full U-505 German submarine from World War II, making it one of the best museums in Chicago for hands-on learning. 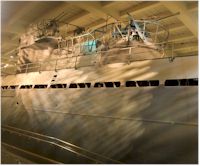 Housed in the only remaining building from the 1893 World’s Fair, MSI is a Chicago must-see! You’ll experience 14 acres of hands-on exhibits and have the chance to stand before a 40-foot tornado; climb aboard a World War II German submarine; take a run in a human-sized hamster wheel; descend into an Illinois coal mine; tour a fully-functioning eco-friendly home; board a 727 hanging from the ceiling; transmit your pulse to a 13-foot, 3-D, beating heart; and much more.

It’s fun and interactive! MSI has a legacy of being one of the first hands-on museums in the nation. It’s not a place where you walk around quietly and observe. No way! You get involved in the funand learn by doing. See your blood running through your veins, dive, and surface a submarine or create an avalanche!

Upon entering the Field Museum, visitors are greeted by Sue, the world’s best-preserved and largest T. rex. Sue is just one of the numerous natural and cultural exhibits at the museum, which houses over 20 million artifacts and other objects. Exhibits range from human history, such as the Ancient Americas or the Hall of Jades, to plants and animals from around the world. Visitors will also be able to see temporary and traveling exhibits that change each season, as well as online exhibits available through the museum’s website. 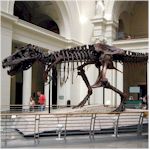 The Field Museum is located at Chicago’s Museum Campus. It was incorporated in 1893 as the Columbian Museum of Chicago with its purpose the “accumulation and dissemination of knowledge, and the preservation and exhibition of objects illustrating art, archaeology, science, and history.” In 1905, the Museum’s name was changed to Field Museum of Natural History to honor the Museum’s first major benefactor, Marshall Field, and to better reflect its focus on the natural sciences.

The Chicago Art Institute is quite possibly the best museum in Chicago; it holds some amazing collections by famous painters such as Van Gogh, Cézanne, Renoir, Monet, Matisse, and Picasso, as well as other works that date back to over 5,000 years ago. The modern and contemporary wings feature unique, often interactive works that challenge the definition of art, while the ancient exhibits offer a unique look at cultural history.

The Shedd Aquarium is a beautiful place to visit that features aquatic wildlife from around the world. Its main attractions include an oceanarium, an aquatic show, and exhibits featuring the Amazon flooded forest, Caribbean reefs, and North and South Poles. Of course, a day at the Shedd would not be complete without a visit to the aquarium’s one-year-old baby beluga calf.

The Adler Planetarium is located on Lake Shore Drive at Chicago’s Museum Campus. Opened in 1930 as the first planetarium in the western hemisphere, the Adler fuels the imagination of its visitors with all new exhibits, state-of-the-art computer technology, and the world’s first StarRider Theater while showcasing a renowned collection of historical astronomy artifacts.

The Adler is home to a wide range of exhibits that will please physics enthusiasts and average stargazers alike. The planetarium, which is the oldest in the country, features two theaters and a compilation of shows exploring the three-dimensional imaging of the universe, the Chicago night skyline, and the Big Bang. Additionally, there is a large collection of historic telescopes and other instruments used by famous astronomers hundreds of years ago in the planetarium’s lower levels.

The Adler is the only museum in the world with two full-size planetarium theaters. Since 1930, the wonder of the stars has been visible in the historic Sky Theater. Powered by brand new Digistar 3™ simulator technology, the StarRider Theater is a completely digital, virtual outer space environment. The famous Zeiss Planetarium projector is capable of accurately reproducing the movement of every aspect of the night sky.

A visit to one of these impressive and awe-inspiring museums in Chicago will benefit any trip to the city.

No trip to Chicago is complete without visiting its fine museums. First on your list should be the Field Museum of Natural History, located at Museum Campus just south of Grant Park. The Field Museum features “Sue”, the world’s largest, most complete, and best-preserved T-Rex. Museum Campus is also the site for the Adler Planetarium and the Shedd Aquarium. Also on your list of “must-sees” is Chicago’s south-side Museum of Science and Industry, which is the oldest science museum of its kind in the Western Hemisphere and one of the most visited museums in the world. And on Michigan Avenue, where Adams Street ends, is the Art Institute with its famous lions adorning the front entrance.

Chicago is a city rich in ethnic diversity, further evidenced by its museums. We have the Mexican Fine Arts Center Museum, the DuSable Museum of African-American History, the Spertus Museum of Judaica, the Oriental Institute Museum, and the Swedish American Museum Center, just to name a few.

If you plan to visit a number of museums during your stay in Chicago, you may want to purchase a CityPass or a Go Chicago Card. These cards include admission to some of Chicago’s most popular attractions. See our Attractions Discount Card Comparison for more details. Also, see our list of the Most Popular Museum Exhibits.

Also, many of the museums are free or offer specific free days.