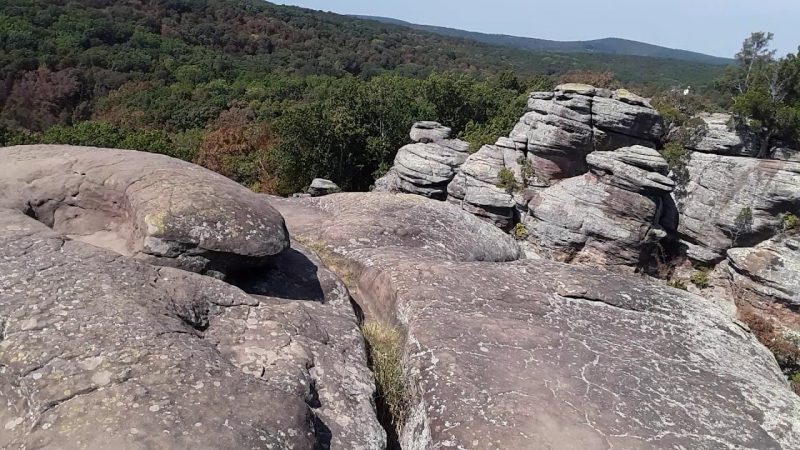 Where is Little Egypt, Illinois and how did it get named?

Did you know that Southern Illinois use to be nicknamed Egypt and then later Little Egypt? There are a couple of reasons it is named after a famous Middle Eastern country. Cairo Illinois has teased many a traveler for over a century and a half for its unreached potential and tantalizing gems, eyesores, and bigotry.

According to the Egyptian Area Agency on Aging, in its article, “History of Southern Illinois,” the most likely reason this region is known as Little Egypt is a biblical reference. The winter of 1830 and 1831 was severe and the corn crop up north was not good; forcing settlers south to purchase grain and to escape the more than 3 feet of snow. This trek by Northern Illinois settlers to Southern Illinois to buy grain was similar to travels by people to Egypt for grain as described in the book Genesis.

As they traveled with their wagons of corn back to Northern Illinois, people asked where they had been, and they would say “We’ve been to Egypt to get some corn,” and the legend of Little Egypt was born. Another supportive reason is a geographical one, because of its location between the two great rivers, Ohio and the Mississippi. The land in between the rivers bears resemblance to the shape of the Egyptian delta where the Nile finds the Mediterranean Sea.

Of course, how could there be an Egypt in Illinois without some other references to the country of Egypt? The communities of Cairo, Karnak and Thebes, match their Egyptian counterparts in name only.

Cairo is located at the confluence of the Mississippi and Ohio Rivers. Many people travel to Fort Defiance Park, just south of Cairo to stand on the southernmost tip of Illinois and stare at the powerful confluence of the Ohio River and Mississippi River. Cairo itself is a fascinating enigma. Its pinnacle of existence was perhaps the 1920s when it reached its highest population of 15,000 people.

However, the Great Depression and changes in technology from steamboats to the use of trucks for the transport of goods hit Cairo hard. Even the building of two bridges, one from Illinois to Missouri and one from Illinois to Kentucky, failed to keep Cairo in the economic mainstream. Parts of the town will remind you of a ghost town, but make no mistake, there is plenty of life and pride left in Cairo.

It has a history and location that seem to have blessed it with potential and yet it has continued to decline since the 1940s. Like so many small cities across America, the story hasn’t gone as planned. A closer look at Cairo’s history shows that many of the right elements failed to become part of the mix at Cairo and controversy has always been boiling just below the surface.

On a map, Cairo looks like a natural place to build, set between two of the nation’s mightiest rivers, the Mississippi and Ohio. The plans were laid out for Cairo in 1807, but actual lots were not sold for the building until 1853. What the early map doesn’t say is that much of the area is subject to floods – severe floods. Most of this area in southern Illinois, before levy systems and canals helped to drain most of them, were cypress swamps. Swamps covered a large area from the Ohio River north to the Cache River watershed and beyond until the land rises up enough to be above flood the flood plain.

This area is known as Little Egypt to Southern Illinois residents. The most popular reason seems to be the similarity of the area between the Ohio River and Mississippi River to the Nile delta area in Egypt.

The Fort Defiance State Park then became the focus of an effort to bring people together in a united community effort. Abandoned by the State of Illinois, Fort Defiance State park lay overgrown with weeds from the entrance all the way down to the amazing confluence of the Mississippi and Ohio Rivers.

Young and old, black and white volunteers came to work on the project. The State of Illinois gave Cairo a long-term lease to the park and Dr. Poston secured funding to have the road into the park paved with asphalt.

In 1991 I joined this on-going effort by Dr. Poston as an intern in the SIU-C Community Development department. Fort Defiance State Park was beautiful, kept immaculate by volunteers and local prison work crews. But, the reality of the political establishment had set in and there was very little cooperation with then local Mayor James Wilson. In fact the volunteer effort and non-profit established as Confluence Community Development faced an uphill battle just to survive.

In the time of my internship and since then as a community development professional, I have heard of multiple grants and efforts in Cairo. The Underground Railroad went through Cairo and tunnels and other historical evidence of this time during the Civil War has been found. But despite the hundreds of thousands of dollars over the years and thousands of hours by dedicated volunteers, Cairo has continued to decline. Cairo’s population now stands at 2996 as of the latest census.

Karnak never had the ambitions of Cairo; it was a logging town near the Cache River. Much of Southern Illinois used to be swamp and marsh with large cypress trees. Today Karnak is near the Cache River State Natural Area and is a trailhead for the Tunnel Hill Bike trail. You can ride a bike from Karnak to the Barkhausen-Cache River Wetlands Center. The Tunnel Hill Bike Trail also extends north from Karnak 45 miles through some very beautiful Southern Illinois terrain.

Thebes, like its namesake on the Nile in Egypt, is located on the banks of a great river, the Mississippi. While Thebes originally had much of its community on a level area much closer to the river, flooding forced much of the town, including government buildings to relocate on top of the bluff. Also, high up on the bluff in Thebes is the Thebes Courthouse, a pillared structure overlooking the Mississippi. Thebes was the County Seat of Alexander County from 1845 to 1860, when it moved to Cairo.

This describes only a small part of tourist attractions in Southern Illinois. There are many other small towns, bed and breakfasts, wineries, a casino, hiking trails, bike trails, rock formations, camping and horseback riding to experience. Check-in with the Southernmost Illinois Tourism Bureau for more details.