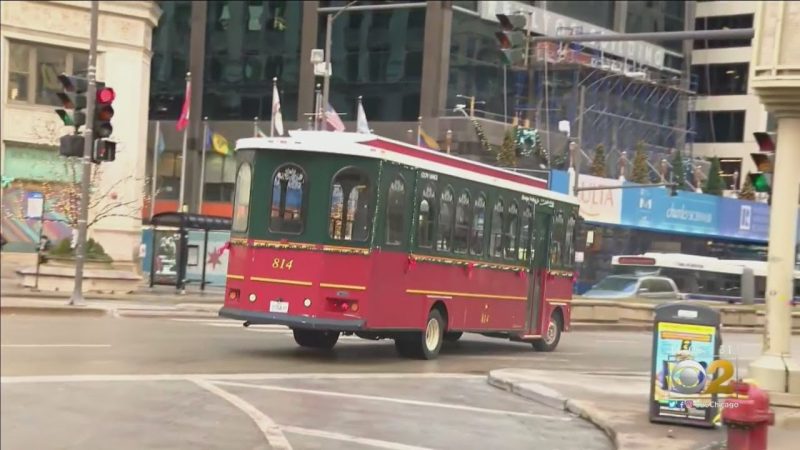 Chicago has a public transportation system that makes getting around the Windy City easy. Take advantage of the public transport system or ride the seasonal free trolley.

Get around the City of Chicago by taking advantage of the low-cost public transportation system. There are several ways to get around Chicago. Metra trains and CTA buses offer low-cost transport. Taxi service is a quick and efficient option. The City of Chicago free trolley system operates during the summer months and holiday season.

The City of Chicago is a great destination that attracts people from around the world. Travelers marvel at the sights and attractions of the Windy City. Like any big city, Chicago can be difficult to navigate by car. Parking spaces can be costly in the parking lots and parking ramps around the city. The Chicago Free Trolley helps to make a visit to the City of Chicago more enjoyable and less expensive.

Public Transportation in the City of Chicago

City officials advise visitors to leave the car at home and use public transportation in Chicago. The mass transit system alleviates the burden of traffic on the streets and traffic congestion. The rising gas prices make public transportation the smart option. Visitors who bring their cars into the city often find that parking fees are higher than expected.

The Metra Train travels to the City from the outlying areas and the suburbs of Chicago. Metra runs on a regular schedule of stops several times a day. The best buy in transportation may be the Metra weekend pass. Adults can ride the Metra all weekend long for a one-time ticket fee of $5. Up to three children under 12 can travel for free when accompanied by a fare-paying adult. The weekend pass is good for Saturday and Sunday. Weekend passes can be purchased from the ticket agent at the train station. If the ticket agent window is closed, purchase the ticket on the train from the conductor. If the ticket window is open, but the visitor elects to buy from the conductor, a surcharge is added to the ticket price.

Free is about as good as it gets. The free trolley runs all summer long, seven days a week, from 10 am to 6 pm. During the popular Taste of Chicago Summer Festival, the service hours are extended from 10 am to 7 pm.

The free trolley service stops at most of the city’s top attractions. The free trolley runs from Memorial Day through Labor Day. The trolleys operate daily between 10 am and 6 pm. Trolley stops are every 20 to 30 minutes.

Travel by free trolley to the most popular destinations in Chicago. Here are the stops on each line.

Grand/State CTA subway station to Navy Pier with stops along the Illinois/Grand corridor. This trolley runs all year long.

The free trolley is a popular method of getting around in Chicago. There may be a line of people waiting to get on the trolley. There are four trolley routes running in a circuit and stops at designated stops. People can get on and off at the stops at will. If the correct stop is passed, just stay on the trolley and the stop will be reached again as it rounds the circuit. There is no charge to use this popular tourist-friendly transportation.

Most of the trolleys run during the summer months and during the Christmas holiday season. The Navy Pier free trolley operates daily, year-round.

The CTA, Chicago Transit Authority, has a bus service offering transportation around the city. Information about bus routes can e found at the CTA Transit website or at by calling 1-312-836-7000.

Hail a taxi cab. Taxis can be hailed from the curb. There are usually taxi stations in front of major attractions. Look for a line of cabs or for a line of people looking for cabs. A taxi ride within the downtown Loop will run between $5 and $10. Taxi trips to outlying areas will cost more. If concerned, ask the taxi driver about fees before getting into the cab.

Enjoy the many attractions of Chicago. Take advantage of the free and low-cost public transportation options in the Windy City.

Information is subject to change.